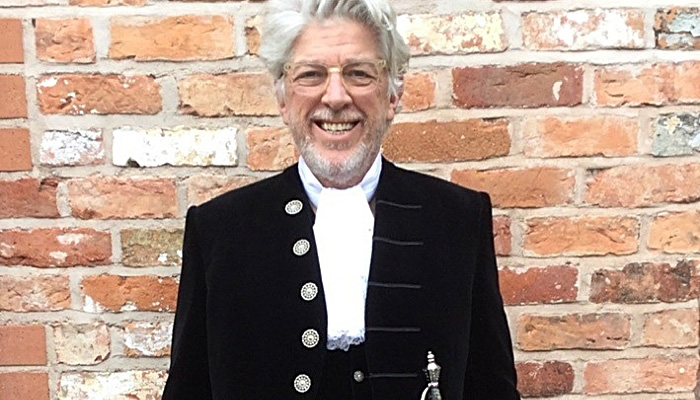 
The industry has been paying tribute to former Mark Two Distribution boss, High Sheriff of Cheshire, passionate charity fundraiser and renowned KBB personality, Nick Hopkinson MBE DL. ‘Hoppy’ as he was affectionately known, passed away after a battle with cancer last week, and is remembered by many as having been a force of nature, who aside from his contribution to the KBB business world, raised funds for worthy causes, in particular those working to support young people. He famously once raised £1million in a single night.

Russell Barnes, former Laufen UK MD, said: “We are all devastated to hear of the loss of an industry legend. Many will have countless stories and memories of Hoppy – he touched many people across all layers of our society. His achievements, success and sometimes failures, are well known.

“Personally, I will always have the enduring memories of travelling together throughout the world for both business and pleasure, sharing precious moments and sparks of inspiration, which often resulted in actions affecting many thousands of people – this was Hoppy on top form.

“He had time for everyone. Yes, he was judgmental, but he never avoided the big decisions. A true ‘out of the box' thinking man. God bless Hoppy RIP.”

Graeme Wood, CEO of One Brand Magic PR agency, said: “I first met Nick in the early 1980s, when he was a client of the agency. We could all immediately see he was a real character and a force to be reckoned with. He will be a great loss to his family, friends and the various charities he helped over the years.

“Nick had a huge impact and presence in the KBB industry, influencing many people and companies within it. Many successful KBB companies and careers are due to Nick’s inspiration. RIP Nick – a true industry legend!”

Craig Rothwell, KBB industry consultant, said: “A very special man that changed mine and many people’s lives for the better. He loved helping people – always encouraging driving you literally to levels you didn’t think could be possible, which for me was normally up a mountain! He will be missed by many big time.”