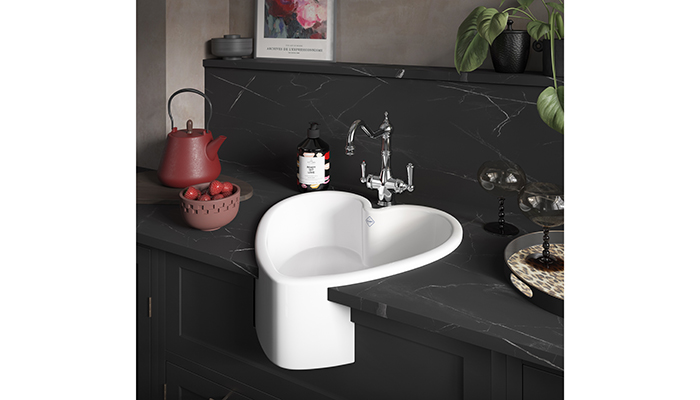 
Britain’s oldest manufacturer of fireclay sinks, Shaws of Darwen, has announced that it is celebrating its 125-year anniversary. Founded by Arthur Gerald Shaw on 14th February 1897, Shaws of Darwen has a number of plans to celebrate this milestone.

It has released images of a unique heart-shaped concept sink, pictured here, marking 125 years since the company was established, on Valentine’s Day 1897. The brand's sinks are handmade at the Shaws factory in Darwen Lancashire using techniques such as slip casting, glazing and hand finishing that have been passed down from artisan to artisan since the company was established. Taking three to four weeks to make, each Shaws of Darwen sink carries an impression on its base of the name of the master craftsman who created it. To commemorate the anniversary a special stamp with a unique 125 mark will also be used.

While there are no immediate plans to put the heart-shaped sink into production, the company says that a strong reaction from designers and consumers could influence that decision.