BathroomsNews Tue 3rd May 2022 by KBBFocus 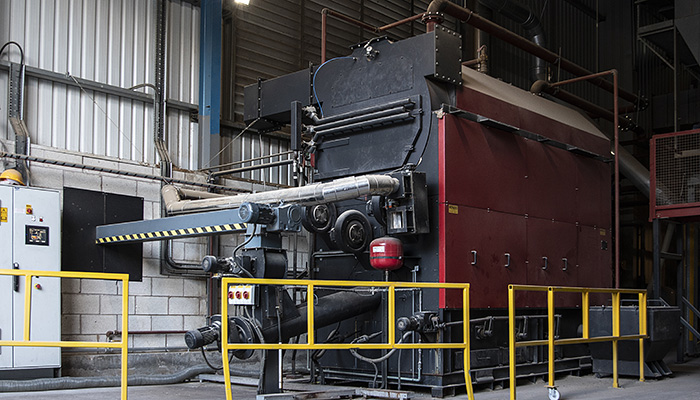 
Five years after investing in a Talbott’s biomass boiler and heating system at its Midlands-based HQ, Utopia Furniture has reported a significant reduction in the company’s carbon footprint as part of its ongoing commitment to the environment.

Jon Phelps, production engineering manager at Utopia, said: “The biomass boiler and heating system represented a considerable investment for Utopia but we really are reaping the benefits now. Collecting off-cuts and dust waste in skips and then transporting it to landfill sites was not only costly but also unsustainable in environmental terms. This way we eliminate all of that process whilst generating our own energy.”

The company says that since its installation in April 2017, over 3,000 tonnes of wood waste has been used to fuel the biomass boiler. That’s the equivalent of 300 large skips full of waste, which would previously have been collected and transported to landfill sites. This waste has generated over 500,000kwh for Utopia, which has heated the factory and offices during the winter months and also kept the two ovens used during the manufacturing process at the correct curing temperature all year round.

Utopia says that the biomass heating system is just part of its strategy to lessen its impact on the environment by constantly reviewing manufacturing practices as well as designing more sustainable products. The company is proud to exceed environmental targets each year by recycling packaging and has also taken steps to minimise the use of cardboard by cutting packaging to exact size on site. In addition, every year tonnes of packaging waste is recovered and recycled. Almost 100% of the timber used in Utopia’s furniture is FSC certified and the company continues to actively explore new eco-friendly measures to reduce its carbon footprint further still.