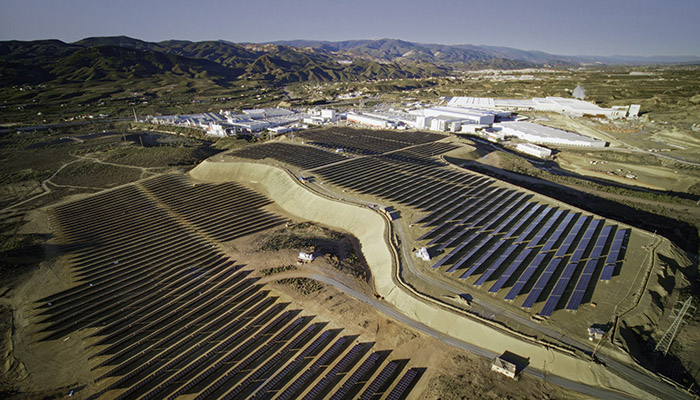 
Cosentino Group has revealed that it achieved record growth in its financial figures last year, thanks chiefly to the pillars that underpin its business model – commitment to innovation and sustainability, human capital, its global logistics network and digital transformation. This growth was accompanied by significant investment in these strategic areas, and in addition the company created more jobs, helping it to reach an all-time high in its number of employees (14% increase), both globally and in Spain.

R&D and innovation, robotisation, industrial extensions, and the circular economy and commitment to a new energy model have been the key areas where investments were made. A new transversal Strategic Sustainability Plan that was approved in 2021 consolidated some of the company’s major current projects. It has also begun contructing what will be the largest industrial photovoltaic facility for self-consumption in Spain. The facility includes almost 37,000 solar panels, in addition to the installation of solar panels on the roofs of the factories. This project alone will involve a total combined investment of €24 million upon completion. The company said that other initiatives in the pipeline include the future construction of its own Urban Wastewater Treatment Plant.