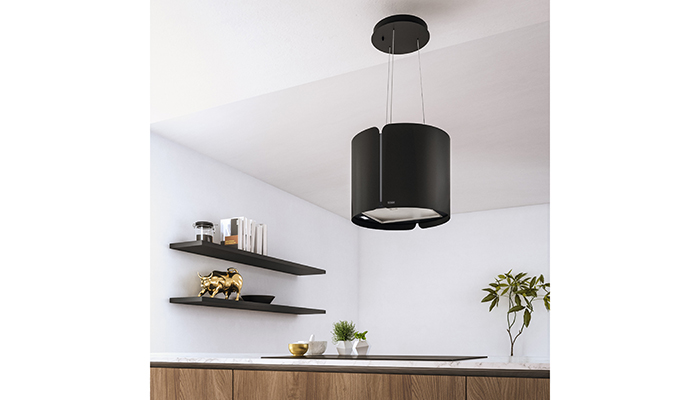 The suspended hood features a cylindrical shape, akin to a contemporary light-fitting, and hangs from the ceiling on three wires to make a striking statement. Ahead of its launch in the UK, the island cooker hood secured a coveted Red Dot Design Award for excellence in product design.

Available in a choice of three finishes – Black, White and Stainless Steel – the hood features an innovative design and a new motor that reduce turbulence and vortex of the internal airflow. At maximum power, the technology limits the noise threshold of the hood and the sound produced is optimised, reducing the disturbance caused by high frequencies.

The Smart Suspended island hood has three operating speeds, plus an intensive setting, with an extraction rate of 580 m³/h and a noise level of 66dB at the maximum setting. The hood measures 42cm wide and features easy push-button operation and two LED lights. It is also A-rated for energy efficiency and is backed by a two-year warranty.