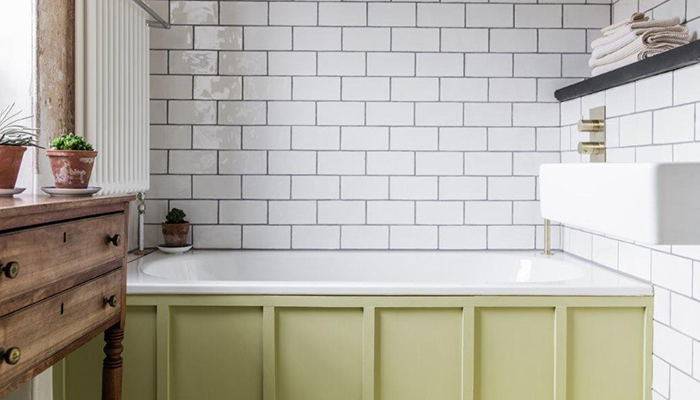 
The Times and Sunday Times Eco Hotel of the Year 2020, The Bull Inn in Totnes, selected Bette to provide shower trays and baths that fit with its focus on sustainability. The hotel is the fourth brainchild of Geetie Singh-Watson, who opened the world’s first certified organic pub in 1998. She worked with Devon-based architect, Jackie Gillespie of Gillespie Yunnie Architects, to ensure that every aspect of the hotel is sustainable. This includes the pastel-coloured plaster walls, organic linens, innovative heating system and bathrooms.

The bathrooms feature white brick tiles with accents of muted gold. Each has either a shower, with Bette glazed titanium-steel BetteSupra shower tray, or a double-ended BetteStarlet bath, perfect for a relaxing soak. All the shower trays and the baths feature Bette’s almost invisible anti-slip surface, Anti-Slip Pro.

Geetie Singh-Watson added: "It was really important to me that we didn’t have plastic baths or shower trays. The Bette products are not only 100% recyclable but will last for many years.”