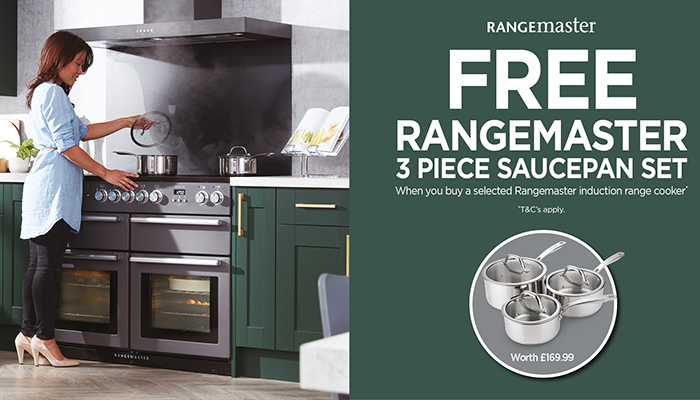 
Rangemaster has launched a new consumer cookware promotion on a selection of its induction range cookers, which it says will offer retailers an opportunity to drive sales in the second half of 2020.

Retailers have access to new digital POS material to alert consumers to the promotion, while increased online activity, including heightened visibility on the Rangemaster website and supporting social media activity is planned to enhance awareness. A range of assets are also available for retailers to download and promote on their own social media channels and websites.

Iskender Diker, director of sales and marketing at Aga Rangemaster, said: “We are always looking for ways to support our retailers and offer incentives that drive sales. We’re sure this promotion will introduce many more consumers to Rangemaster, Britain’s No. 1 range cooker manufacturer, while maximising sales for our nationwide partners.”