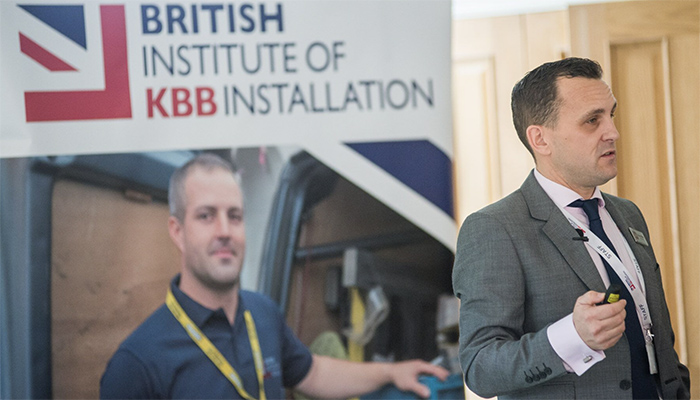 
The British Institute of Kitchen, Bedroom & Bathroom Installation (BiKBBI) has called on the government to support the home improvement industry to enable it to play a full part in the economic recovery that will be needed now that the route out of lockdown has been made clear.

Commenting on the day that the prime minister announced how the UK will emerge from lockdown over the coming months, the BiKBBI called for immediate action to help independent retailers open their doors and installers get to work, as well as longer-term interventions that stimulate consumer demand, open up supply chains and support skills development.

Damian Walters, chief executive of BiKBBI, pictured, said: “Tradespeople and independent businesses in the home improvement industry cannot afford to be ignored by the government as we finally begin to open up the country.

“Our industry has felt the economic impact of the pandemic more than most. Installers in England and Wales invested time and money into Safe Operating Procedures that allowed them to continue serving customers through the most recent lockdown, but our members north of the border were forced to down tools as the Scottish government took a much more restrictive approach. As a result, far too many tradespeople have struggled to make ends meet due the additional expenditure needed to work safely or the loss of income from being unable to work at all.

“Meanwhile, the industry’s independent retailers were forced to close their doors while larger competitors carried on trading thanks to loopholes that allowed them to classify as trade suppliers. The loss of business could force many shops to close for good, doing further damage to high streets that are already struggling.

“Our industry is one of the cornerstones of the UK economy, providing products and services in demand across every part of the country and offering a route to skilled work for people from all walks of life. It’s vital that every effort is made to help it quickly recover from the hit it has taken over the past year. This means immediately declassifying independent kitchen, bedroom and bathroom retailers from being ‘non-essential’ so that they can compete on a level playing field with large trade suppliers. It also means working with the Scottish government to ensure that installers in Scotland can get back to work as quickly as possible.

“Beyond that, it must include efforts to stimulate the market through tax incentives that encourage people to invest in their homes; moves to quickly unlock supply chains that have slowed over recent months; and continued support for the education and training initiatives needed to maintain a skilled workforce.

“The prime minister has offered a glimmer of hope to tradespeople and independent retailers who have had to contend with such huge challenges over the past year, but more will be needed to help them play a part as the national recovery gets underway.”