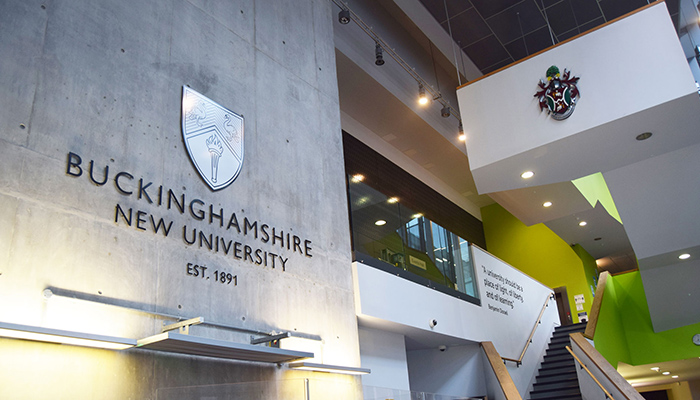 
Following the news that there will be no new enrolments for Buckinghamshire New University's Foundation Degree in Kitchen Design for the academic year 2022/23, the university has confirmed that it will be fulfilling its commitments to all current students. Those currently enrolled will be able to continue with their studies until the summer of 2024, when all will have then completed their courses.

The decision to terminate the course was taken by the academic planning committee at Bucks New University (BNU) who decided that, in spite of the university's efforts to recruit students to the course, it simply did not attract enough to make it viable.

Course leader Jayne Hall Cunnick said: "It is a real shame as the External Examiner has said that he can't overstate the excellence he sees in the students' work and all of our alums are doing really well." She added: "The university will continue to teach out the course at the same high level until all of our current students have completed their studies as we would not let them down. The amazing academic course team along with our wealth of industry supporters, such as Symphony Group, Quooker, the KBSA and many others, have committed to sticking with us throughout, prioritising the students for the remainder of their studies."

The decision regarding the Foundation Degree in Kitchen Design comes at a time of change for BNU itself. In May this year, award-winning broadcaster, modern furniture restorer and former BNU student, Jay Blades MBE, was appointed as the university's first chancellor. Blades, who received his MBE in 2021 for services to craft, has described his own experience at BNU as 'revelatory', and vowed 'to make a real difference' in his new position. Looking ahead, the focus is on developing furniture-related programmes, which will launch in 2023.

Indicating that this may not be the end of the story for Kitchen Design at BNU, Hall Cunnick said: "Looking to the future we are very excited to have our new chancellor, Jay Blades on board and as part of a £15.1million programme of development at BNU we are busy working with our trusted industry partners towards future plans for new related courses, facilities and research, which speak to our rich history of furniture making at High Wycombe and our furniture and cabinetry design archive."

The course was originally launched by respected industry figures, designer and author Johnny Grey and Roundhouse MD Craig Matson in 2014, and was taken over by design theory specialist Hall Cunnick in the summer of 2020. Last year, BNU announced that for the first time, it would be possible for students, after completing their three-year part-time Foundation Degree Arts (FDA) in Kitchen Design, to study for a further year to obtain a BA (Hons) Kitchen Design degree. Up until now, Kitchen Design students have been able to pursue their studies with the aid of financial support from the KBSA and The Kitchen Education Trust (TKET), and sponsorship from brands such as Quooker and Fisher & Paykel.