Smeg teams up with Peanuts on latest edition of FAB fridge 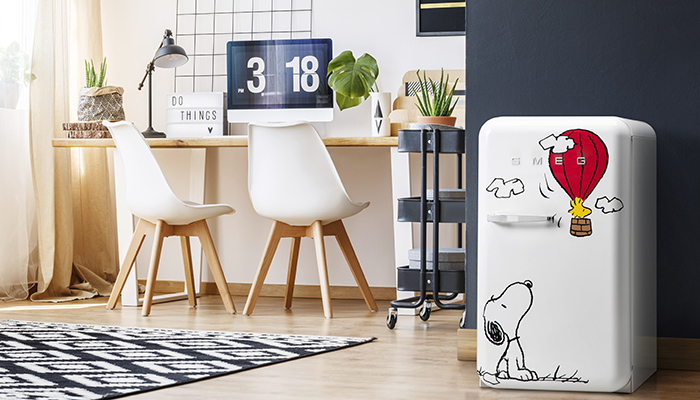 Smeg teams up with Peanuts on latest edition of FAB fridge


Two years after the success of the limited edition FAB10 refrigerator that celebrated the 70th Anniversary of Peanuts, Smeg has launched a new FAB10 mini fridge, adding to its colourful range.

Once again, the Peanuts characters, beloved around the world by adults and children alike and known for their indelible mark on popular culture, are the primary feature of Smeg’s iconic FAB refrigerator.

The reference product for this second edition is the FAB10 model, the 1950s style family mini-refrigerator, on which Snoopy, the well-known pet beagle of Charlie Brown, stands out along with his best bird friend, Woodstock. The white background of the refrigerator is inspired by the white sheet of paper on which Charles Schulz drew his comic strip.