Interview: Neoperl MD Kevin Gates is on a mission to save the planet 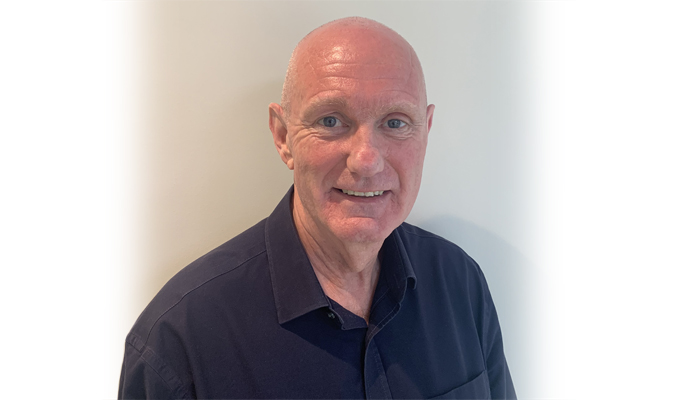 Interview: Neoperl MD Kevin Gates is on a mission to save the planet


Environmental concerns and the mounting urgency to reduce water waste mean that Neoperl's flow regulators are coming into their own. Amelia Thorpe talks to Neoperl UK MD Kevin Gates, who persuades her they're so easy to retrofit she should try and install one herself.

Around 90% of the world’s supply of flow regulators are made in Malvern by Neoperl. That’s not just a British manufacturing success story, but an environmental one as well – and Neoperl UK MD Kevin Gates is a man on a mission to make sure we know about it. “People are becoming much more aware that water is a scarce commodity,” he says. “A flow regulator will reduce the amount of water you use and, if you are using the hot tap, then you are saving on energy too.” 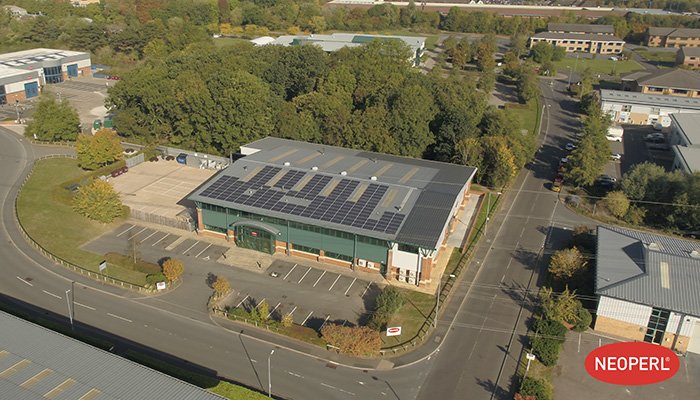 While some 80% of Neoperl UK’s sales are to tap and shower manufacturers for their new products – and Gates estimates some 50% of the world’s new taps are now fitted with flow regulators – he is also keen to emphasise an opportunity for retailers. “We are trying to educate retailers and installers that there is sizeable potential for retrofitting flow regulators – a simple fit that can be done in minutes,” he explains. “Add an aerator and you can create a pretty stream as well.” And the cost? “They are not expensive, about £1 to £1.50, but retailers can make a significant margin – and do something good for the planet,” he says. 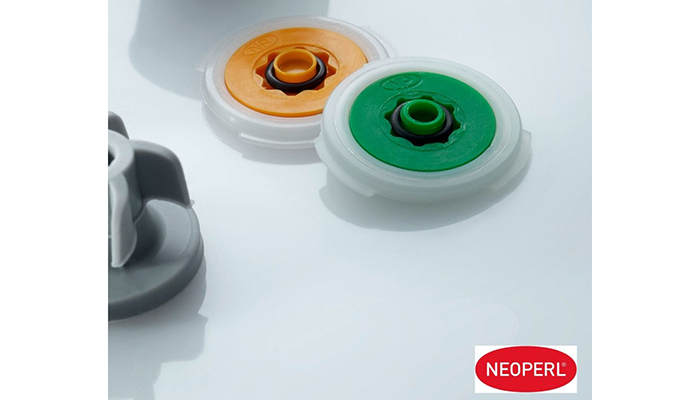 So what exactly is a flow regulator? “Put simply, it is generally a round piece of plastic, roughly the size of between a 5p and 20p coin, with various patterns moulded into its surface to determine the literage of water produced by the spout end,” explains Gates. “It is coupled with a dynamic elastomer [O ring]; the water pressure deforms the elastomer so that it either closes off the pre-formed holes in the plastic or opens them up, so that the flow of water through the device will always be constant, independent of the water pressure that you have.” Flow regulators are typically used in bathroom taps and showers to control flow and to save over 50% water – that’s saving plenty of clean water from simply disappearing down the plug hole. (They are less used in kitchen taps, because a tap is generally required to fill a sink quickly.) Flow regulators are also used in technical appliances, such as domestic boilers, where very tight control of the water flow is required to achieve the correct temperature. 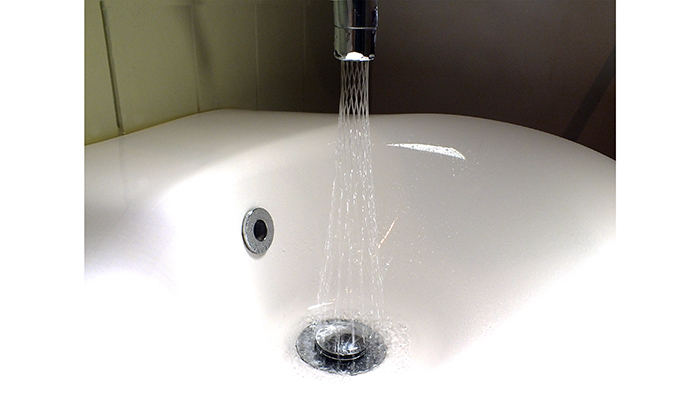 The UK operation started life as Malvern Plastics and is now part of global group Neoperl, with headquarters in Switzerland. And how has the UK plant grown to dominate the flow regulator market? “They might seem like a simple product, but they’re not – fluid dynamics is a detailed subject,” explains Gates. “We have a strong R&D team here in the UK and we focus on design from first principles, whereas our competitors tend to be reverse engineers.”

“Often when a tap stops working, people think they have to buy a new one, but it can be that the flow regulator is calcified from hard water and they simply need to replace that,” says Gates. “It is an opportunity for retailers to give their customers choice.” 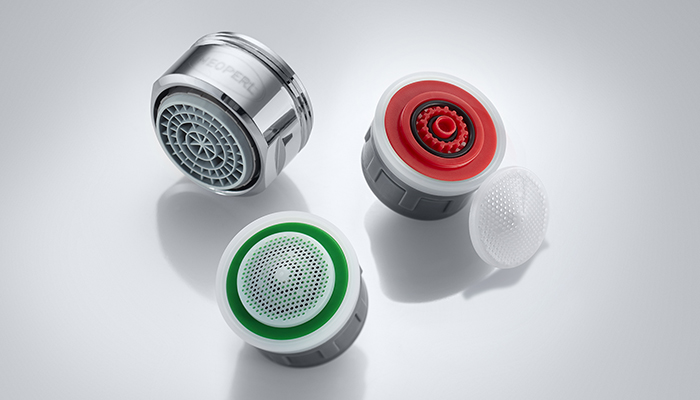 Keen to demonstrate how easy they are to retrofit Gates sends me one to install myself. Uncertain if I'm up to the task – which he describes as simple – I set to work.

1. London has some of the hardest water in the UK, so it’s no surprise that the spout of my cloakroom tap is choked with limescale. But can I remove the old flow regulator to replace it with a new one?
2. The kit comes with a neat blue plastic tool to loosen the existing aerator housing. But I can’t get the tool to work for limescale build-up, so first I must set to work with some descaler applied with an old toothbrush.
3. 30 minutes later, I am able to remove the old housing, select the new Pressure Compensating Aerator from the kit, insert into the housing unit, and screw back in without difficulty using the tool. Bingo!
VERDICT – Easy, depending on the level of limescale build-up 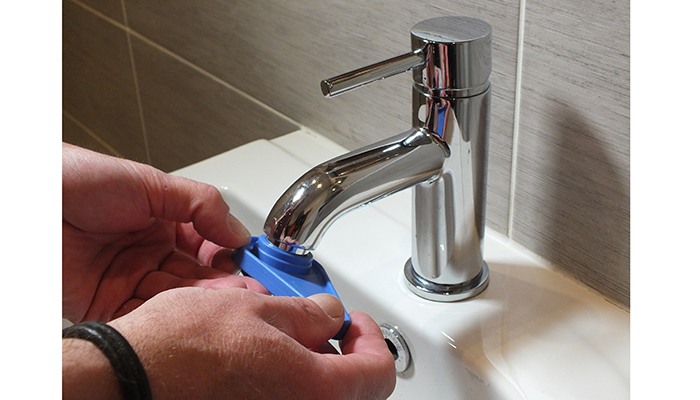 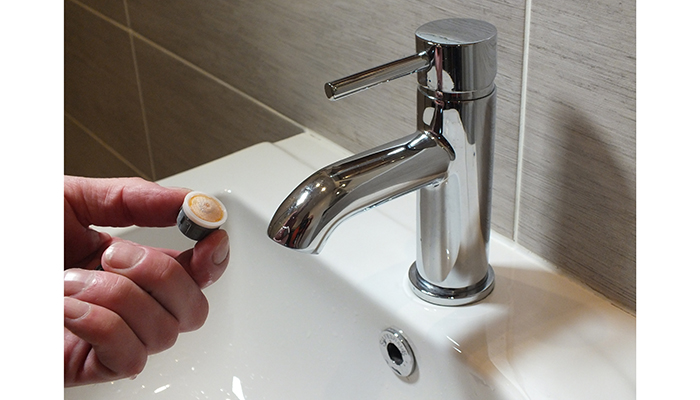