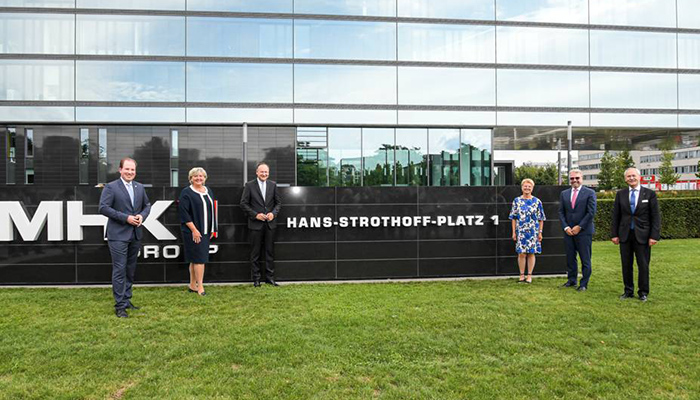 
Hans Strothoff, founder and CEO of kitchen buying and business support group MHK Group, has been honoured by the German city of Dreieich a year after he passed away. In a gesture to honour his social commitment, the city has named the square where the company's European headquarters are located 'Hans-Strothoff-Platz'.

Speaking at the inauguration, district administrator Oliver Quiling said: "Hans Strothoff was an entrepreneur in the best sense of the word who worked beyond boundaries of the city of Dreieich. The naming of the square begins the city's recognition of his contribution."

Following the speeches, Strothoff's widow Jutta was presented with the official name plaque for the city square. She said: "Today shouldn't be about mourning, but about a joyful rememberance. My husband would have been very proud."