Roman supports victims of war in Ukraine with donations 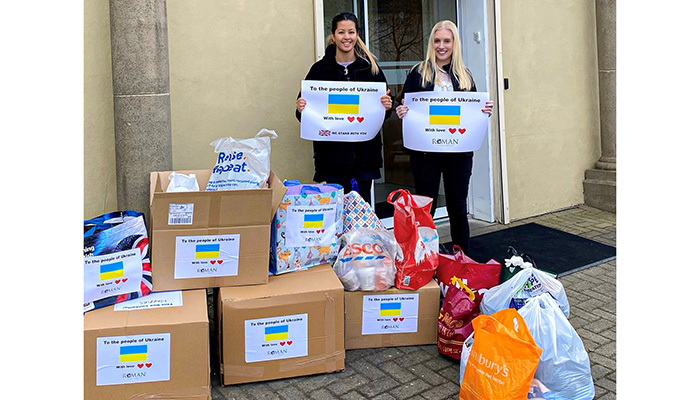 Roman supports victims of war in Ukraine with donations


Roman, the UK and Europe’s leading shower designer and manufacturer, has revealed that it is supporting Ukraine amidst Russia’s invasion of the country by arranging donations for the victims of war.

The company says that its employees were quick to respond to the crisis by supporting local charities in donating essential items to people who are suffering in Ukraine, and those escaping the war who have left with nothing.

The United Nations High Commissioner for Refugees (UNHCR) estimates that up to 4million refugees may flee Ukraine and that they urgently need help to provide protection and vital supplies to those forced to leave the country.

David Osborne, CEO at Roman, commented: “We stand with the people of Ukraine and hope for a quick and peaceful resolution on behalf of all those who are suffering.”