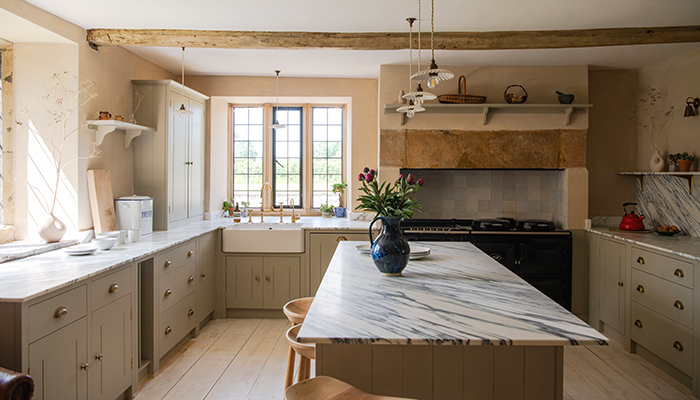 
When interior designer Sarah Southwell embarked on the mammoth task of renovating the Grade II listed manor house she and her family had moved into, she turned to Adrian Bergman, design manager at British Standard by Plain English, to help bring her vision for the kitchen and utility room to life. 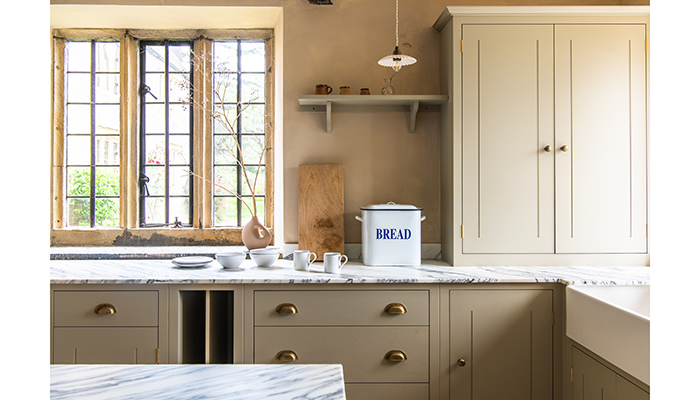 When Sarah Southwell and her family first moved in to their Grade II listed manor house in the heart of Somerset there wasn't even any central heating, but the sheer beauty of the property was undeniable, and Sarah could only see potential. While the project was a huge undertaking, she had a vision for each room – even the kitchen and utility.

The kitchen is a generous space featuring original mullion windows and wooden beams, and Sarah was after a style of kitchen that felt contemporary without jarring with the original architecture. "I wanted to create a beautiful and practical family kitchen that blends seamlessly with the rest of the house," she says. 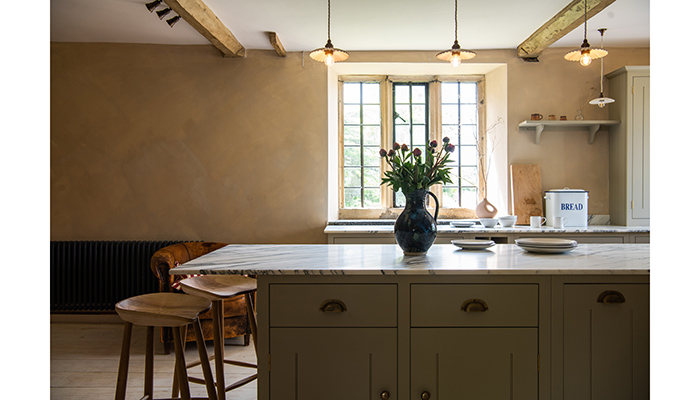 She settled on British Standard by Plain English who specialise in timeless designs that work in both rural or urban settings, using off-the-peg wooden cupboards with a handpainted finish, made by the company's dedicated team of craftsmen in Suffolk. "Sarah chose our British Standard by Plain English cupboards and this project really shows their versatility," says design manager Adrian Bergman. 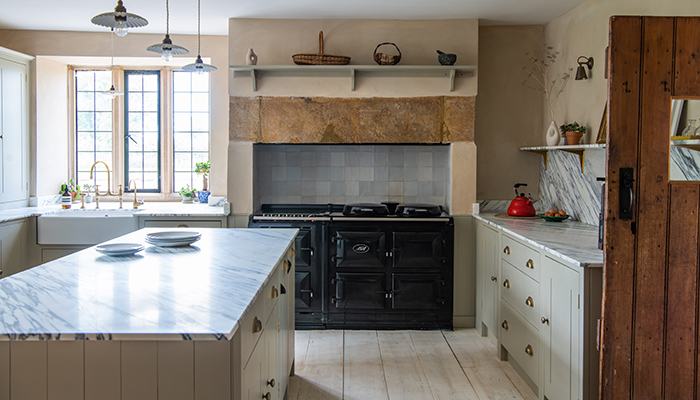 Supplementing the cupboards are traditional touches such as brass cup handles, an Aga in the chimney breast and a Belfast sink with brass taps, which all evoke the history of the space. However, Sarah was keen to add a bit of drama too. 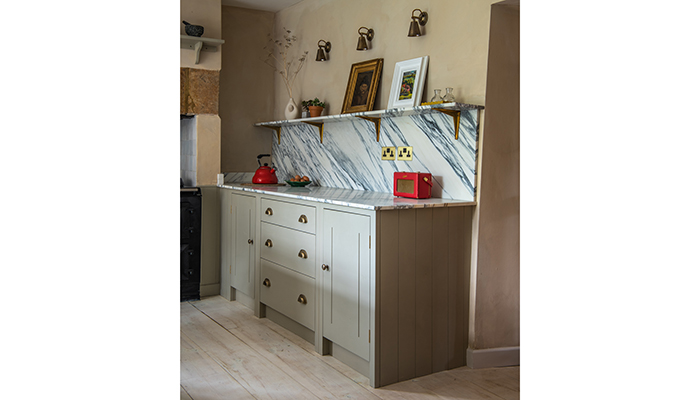 "We decided on marble worktops with striking and distinct veins to create a real impact, although the soft colour palette helps to emulate a light and airy aesthetic," says Adrian. Although the installation of the Arabescato Corchia marble didn't go quite as planned – one slab broke during the cutting and honing process – the result is undoubtedly impactful. "The modern marble – clean and sharp – is balanced with uneven texture and warmth from the beam, windowsill, and lintel," says Adrian. "The seamless splashback and shelf adds drama to the scheme." 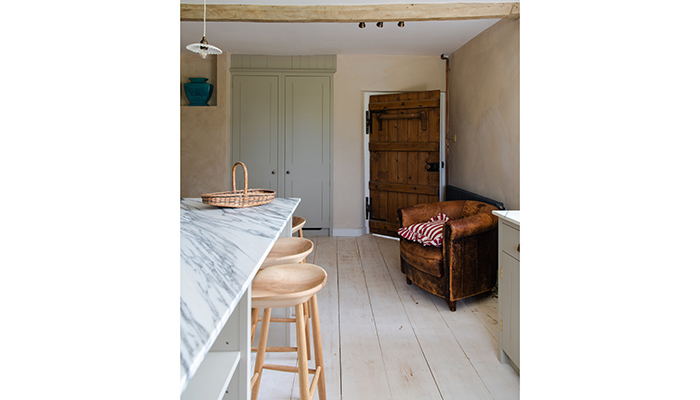 For the utility room, Sarah wanted something altogether different, and as British Standard cupboards are delivered in an off-white paint that is easy to paint over, she opted for a vibrant contrast. "She was able to make a dramatic distinction between the kitchen and utility room by painting the utility cupboards in mustard yellow, and adding a playful cupboard skirt," says Adrian. "While the distinction is impactful, the ironmongery and door style is consistent between the two spaces creating flow and harmony." 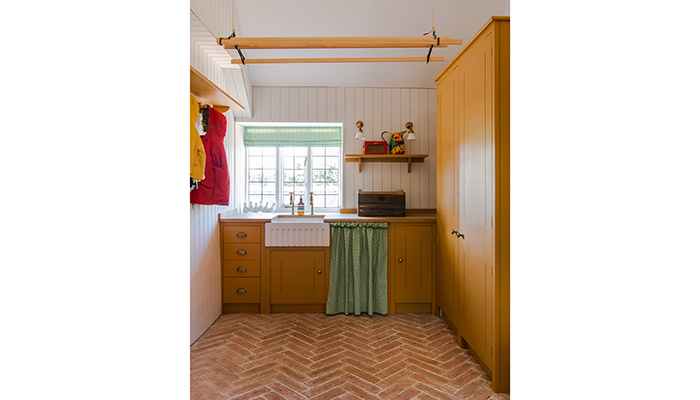 So now she has lived with her new kitchen for some time, how does she feel about it and what does she think works best? "You have to plan every bit of the space carefully and think about what you want in a practical sense as well as an aesthetic," she says. "I love the sheer amount of unit storage we have, and the incredible Arabescato marble against the lime wash walls. The colour palette and all the textures work so well together and just make the room sing." 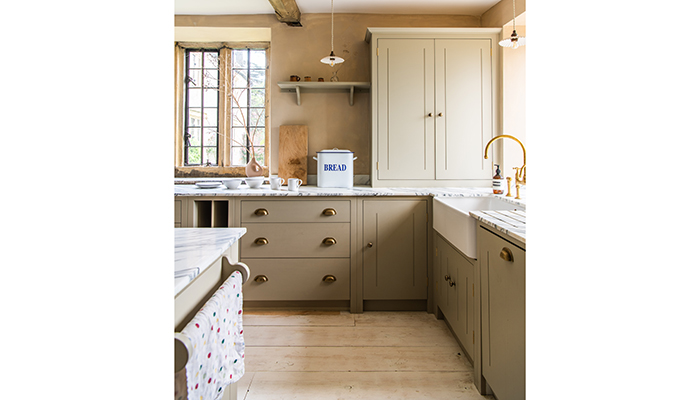