Salone del Mobile 2021 will be held in September 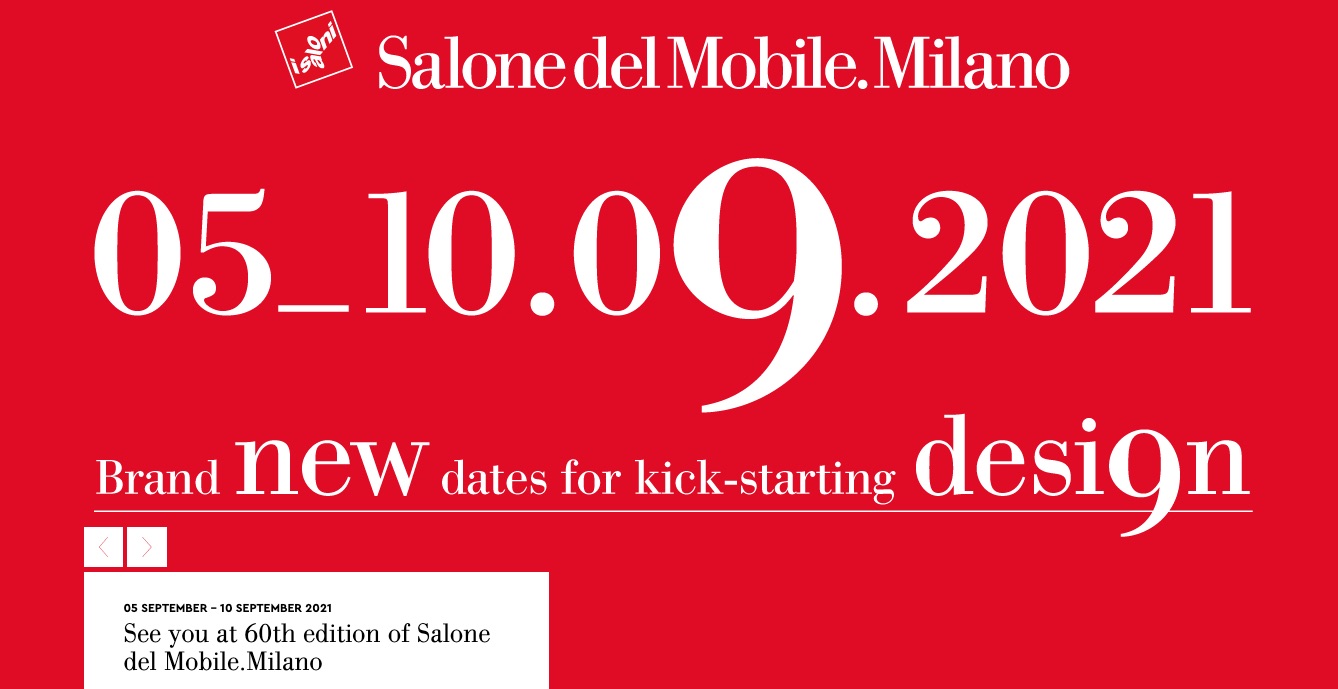 Salone del Mobile 2021 will be held in September


The dates for next year's Salone del Mobile have been announced following what has been described as "lengthy and wide-ranging discussions between the management of the Salone del Mobile and Fiero Milano", and it has now been agreed that the 60th edition of the show will be held in Milan from 5th to 10th September, and not in April as has been the traditional timing of the show up until now.

"Being able to hold the Salone next year is an absolute priority for all those of us whose lives revolve around design," said Claudio Luti, president of the Salone del Mobile. "We have tried very hard over the last few weeks not to make proclamations or announcements that might subsequently have to be denied or revised in view of the evolving situation. Moving the dates of the Salone del Mobile is not just a matter of rejigging the calendar, it also has to consider the many days needed to set up and dismantle the various pavilions, which in turn have to fit in with the demands of many other fairs held in the Fiera Milano spaces. Now that we have achieved the best possible all-round solution, thanks to the collaboration of Fiera Milano, we are in a position to confirm the new date."

He added: "We also believe that moving the fair to September will leave enough time for the ongoing acute phase of the pandemic to subside and that this will provide a real chance to kickstart design at global level. We all need the Salone in Milan. Over the last few months, clients and designers from all over the world, and the press that follows us at international level, have been asking us constantly to confirm the dates for this edition. We’ll be there, and we’ll be even more attractive and more motivated, just as motivated as the companies working to design and manufacture the best possible products. After such a lengthy period of physical and social distancing in every sphere, we would like to be able to see the Salone as an opportunity for actual meeting and discussion, and a chance for us all to share our excitement with a city buzzing with new ideas."

Organisers added that this edition of the show will bring together all product categories for the first time.