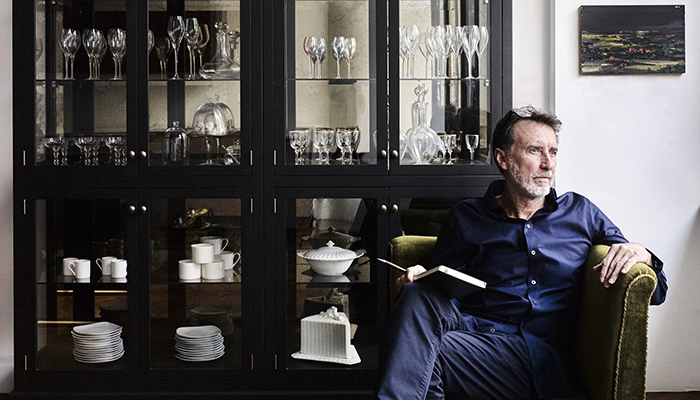 
As he drives forward a new Government-funded kitchen design degree apprenticeship, chair of The Kitchen Education Trust, Craig Matson, urges the KBB industry to take three minutes of their time to complete TKET's crucial online survey. He explains why to Amelia Thorpe.

As an architect, Craig Matson, MD of Roundhouse and chairman of The Kitchen Education Trust (TKET), is a man who believes in the power of a professional qualification. “I’ve come into an industry which lacks a formal road map for getting young people into our industry,” he says. “I also think that when we’re talking to other professions, they don’t take us very seriously – it is important that we are recognised by end users and by other professions within the associated industries.”

“We’ve got lots of fantastic people in the industry, but there’s also a lack of joined-up thinking on education,” he continues. “Some people running kitchen businesses say they didn’t need a qualification, so why should people need one now? But the business is much more complicated today with the variety of materials, fittings and appliances available – and clients are way more savvy now, because of the internet.”

So convinced is Matson of the need for education, he has spent hours of time on the matter, in helping to get the foundation degree in kitchen design at Bucks New University off the ground in 2014, and in setting up registered charity TKET – which aims to bridge the gap between the kitchen industry and education – in 2016, which he runs with leading industry figure and designer Johnny Grey and other industry supporters.

Last year, Matson and Grey parted company with Bucks New University. “The thing that was stopping people enrolling was the cost of £5,500 per year,” he says. “It wasn’t a sustainable model, because the industry is not used to paying for education.” Instead, they have turned their focus to developing an apprenticeship degree (Level 6) in kitchen, living and commercial spaces design, which now has proposal approval from the Institute for Apprenticeships & Technical Education. Once the process is complete and approved, it will be available for universities to offer across England, for proposed launch in September 2022.

“It is funded by the Institute and this is the important thing about it,” explains Matson of the 4-year part-time distance learning course, designed to be integrated with a job and take up about 20% of the working week. “There is a levy that gets paid by businesses which have a payroll of more than £3million and that levy goes into a pot to fund apprenticeships.” As a general guide, subject to provisos and changes in rules, companies that are levied receive apprenticeships free, while smaller companies that are not levied pay about 5%-10% of the fee. “So that means that a degree costing £5,500 per year could now cost about £550,” he says.

“The apprenticeship degree will be principally the same as the foundation degree, with the addition of commercial spaces,” he continues. To make sure the content meets the needs of the widest cross-section of organisations, Matson and TKET are asking industry members to complete a short online survey here. “It will take three minutes, that’s all – we need to show the Government that our industry is interested. And why wouldn’t it be? We’ve got an opportunity to offer a degree at one 10th of the price – it’s a no brainer.”