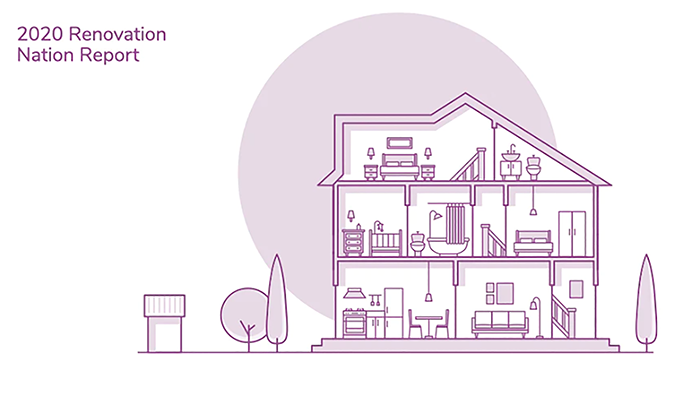 
A report from money.co.uk has found that UK homeowners have spent an average of £4,035.70 each on home renovations since the lockdown period began in March, which in total is a massive £55bn. Although finances may have been stretched for many, the research found that spending so much time at home inspired a significant number to redirect finances that they had intended to spend on a summer holiday to finance home improvements. Almost a quarter said that they have used money originally intended for a holiday on renovations, while 26% said they used their savings.

When asked why they chose to invest in their homes, 27% cited adding value to their homes as the main reason, while 63% said it was to make their home feel more comfortable as they’re spending more time in it. Almost half – 40% – of Brits admitted to suffering from ‘Zoombarrassment’.

Topping the list of home improvements is a garden upgrade, with 34% opting to improve the outside area. Second is the living room (23%), third is the bedroom (22%), and fourth is the kitchen with 22% investing in a kitchen upgrade.

The findings suggest that this is a trend that is set to continue, as almost three quarters – 73% – state that they intend to stay at home as much as possible, even as lockdown eases.