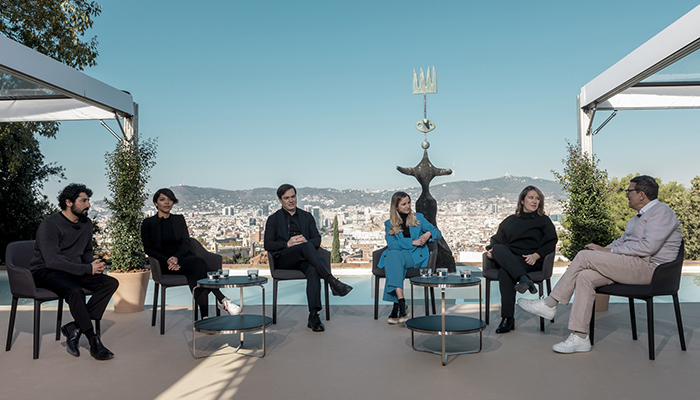 
Last week saw Roca debut its latest bathroom collection, Ona, take place - in front of 4,000 people from around the world.

The launch was live-streamed from the Joan Miró Foundation in Barcelona, and saw some of the names involved in its creation take part in a round-table event.

Around 4,000 people logged-on to follow the event, which also included live link-ups to Roca factories in Anadaia, Portugal, and Gavà, Spain, giving the audience an opportunity to learn about the production processes behind Ona's Mediterranean-inspired ceramics and brassware.

Viardot, who shared the first images of the Ona range, highlighted the artistry behind the collection, drawing attention to its "timeless, highly functional and accessible design". He noted that it 'respects' natural materials, and has a 'transversal approach' to sustainability.

Speaking about the collaborative approach behind the creation of Ona, Benedito said: "We have worked like one single team. The Roca Design Centre contributes its knowledge and expertise in the design and production of bathroom space elements and we provide a creative proposal that meets those requirements. Together, we have come up with the final solution".

Wrapping up the panel, Viardot also noted that "we want to strive for the best solutions and the best answers to all the new challenges that are confronting us, with a common ambition to make every project better and more suitable for a modern world".

The event ended with a third live link-up - this time to the Roca Barcelona Gallery, where the new products will be exhibited until March 2022.

Pictured above: the round-table discussion about Roca's new Ona collection.