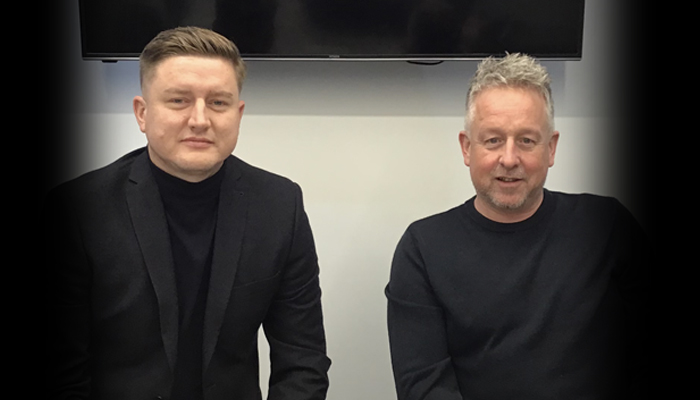 
Sinks, taps and accessories manufacturer, Reginox UK, has kickstarted 2022 with a series of important management changes.

Dave Mayer, pictured right, the previous sales & marketing director, who has been with Reginox for over 20 years, has been promoted to commercial director. As part of the new role, Dave will oversee all commercial aspects of the UK business covering internal sales, operations, purchasing and external sales with a dedicated management team in these departments reporting into him.

As part of the role changes, Dave has also restructured the UK team creating a designated external sales division, which will now be led by Gareth Hughes, pictured left.

Gareth has been promoted at the end of 2021 to the newly created position of national sales manager and he will have overall responsibility for the nationwide sales force. Gareth joined the business in 2017 as area sales manager for London and the South and has successfully grown his sales by 20 per cent in recent years.

The new role will see Gareth grow and develop Reginox UK’s client base across the UK with the support of his team, while maintaining the highest level of customer service and client liaison.

Gerrit Smit, MD of Reginox UK, said: “We are proud that Dave has worked with Reginox so loyally for over 20 years. His knowledge of the industry and UK market is unrivalled, and he constantly impresses us with his passion, commitment and creativity to further extend our position as one of the UK market leaders.

“Promoting Dave to this new role was a natural progression and allows him the autonomy to really develop the UK business in line with his and our shared strategic ambitions and plans while having our full support from the senior management team in Holland.”

Dave Mayer added: “I’m really pleased to be entering 2022 in my new role as commercial director. Reginox UK has had a really busy period of years which has seen us further position ourselves as one of the UK’s leading manufacturer and supplier of sinks and taps.

“Not only have we strengthened our team, but we have also transformed our headquarters to extend our warehouse facilities and create a state-of-the-art conference facility to extend our ability to seamlessly work with our colleagues across other markets. We’ve really hit the ground running in 2022 and with Gareth’s promotion to national sales manager we can really focus on achieving our best ever sales year to date. As a team, we’re really excited to see what we can achieve over the next 12 months.”