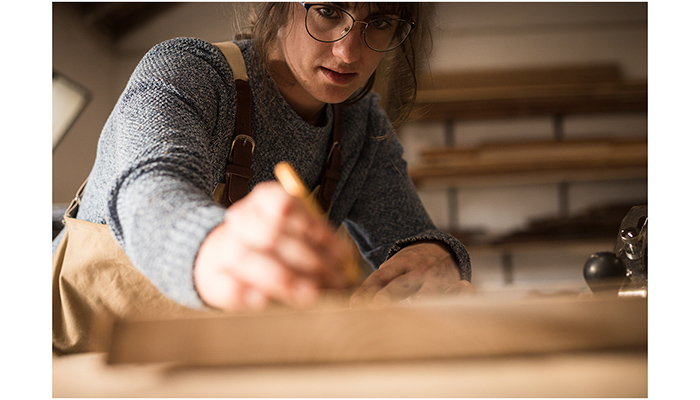 
A new study has found that over one-third (39%) of tradeswomen in the UK believe that they're "not taken seriously" – because of their gender.

The research, conducted by find-a-tradesperson platform Rated People ahead of International Women's Day, found that just 1% of carpenters are women, while less than 2% of electricians and plumbers are women. Women are also likely to earn less than their male counterparts – 28% less, to be precise.

Other stand-out stats from the study include:

It's not all bad, though. Almost a third (32%) of people quizzed said they'd consider working in the trade industry, which indicates that the balance could slowly be on course to getting readdressed. The research also highlighted that the "flexibility" and opportunity to "be my own boss" were two of the top selling points of being a female in the industry.

In addition, Google search data shows that attitudes from homeowners are shifting, with searches for tradeswomen on the up.

The findings are part of Rated People's Home Improvement Trends Report, which saw over 600 tradespeople across the UK quizzed, as well as over 2,000 homeowners.

Adrienne Minster, CEO of Rated People, said: "Empowering more women and people across the gender spectrum to build successful careers in trades services is a priority for us. There’s still a lot to be done, but it’s a challenge we’re embracing. With 14 of the 15 top trades recruiting significantly less women than men, getting more women into trades services can also play a huge role in helping to address the industry’s workforce shortage."

Minster continued: "At Rated People, we’re making a pledge to feature more tradeswomen role models and we want to promote the incredible work being done by tradeswomen in the industry. We also want to make it easier for more women to get into the business, so we’ve launched a new programme that’s packed with benefits, help and advice."