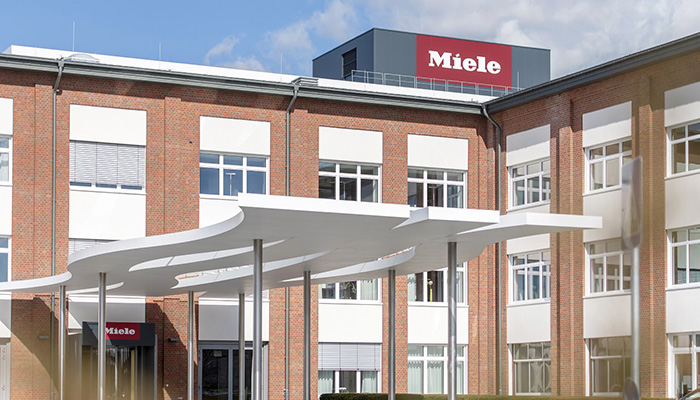 
According to results published by the Miele Group, it recorded sales of € 4.84bn worldwide in the 2021 business year – 7.5% up on the previous year – showing that the group 'has grown considerably faster than the long-term average'. While positive developments were seen in all regions and product categories, Eastern Europe, China and the USA made a particularly strong contribution. Despite the bottlenecks in the supply of semiconductors, the company says that sales have developed positively in all product groups, in particular refrigeration, cooking and dishwashing. Unit sales and turnover are also significantly higher than in the previous year in laundry and floor care, and in coffee making.

In addition, the group says that it is stepping up its efforts towards achieving the goals of the Paris accord on climate change with its 'long-lasting and energy-efficient products', its recent first step towards the use of green steel, and CO2 neutrality at its locations. The growth and efficiency programme Design2Excellence (D2E), with which Miele has realigned itself, was brought to a successful close. Additionally, staffing levels are said to be at an all-time high – at the end of the year, the group had a total of 21,921 employees, which is 977 more than in the previous year.

However, the company said that the outlook for the rest of the year is dominated by the political and economic repercussions of the war in Ukraine, where Miele is represented by its own sales company, as is also the case in Russia. Miele Group said that its executive board and staff are 'deeply shocked' by events and that 'there is a wave of willingness to help throughout the group', starting with the protection of the 54 Miele employees in Ukraine and their families.

Due to the geopolitical situation and resulting uncertainties, the Miele Group says it has now suspended the supply of appliances to Russia above and beyond EU sanctions until further notice. Products for the healthcare sector remain exempt inasfar as they are not covered by sanctions. The company's own shops (Miele Experience Centres) and the webshop were closed last week, and investments in the market were frozen. The company confirmed that the employment of the more than 230 staff members and their salaries are guaranteed for the next six months at least.