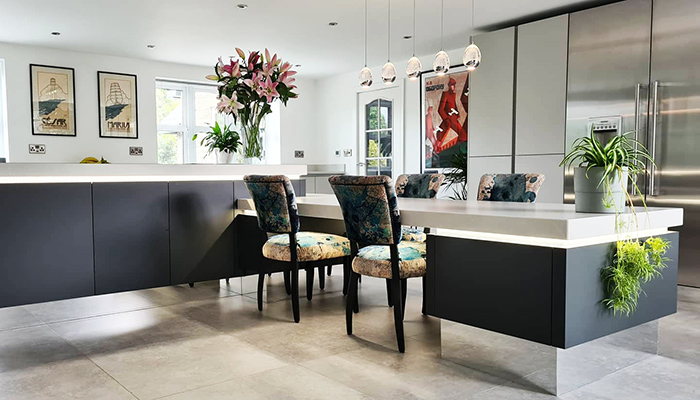 
When Matt Heywood, kitchen designer at Studio 10 Kitchens in Bakewell, Derbyshire, embarked on creating a new kitchen for his clients David and Jon, the brief for the project was to provide a contemporary space with a sleek finish that would work as the perfect backdrop for their works of art. They also wanted a design that would stand the test of time and give lasting appeal to the property. 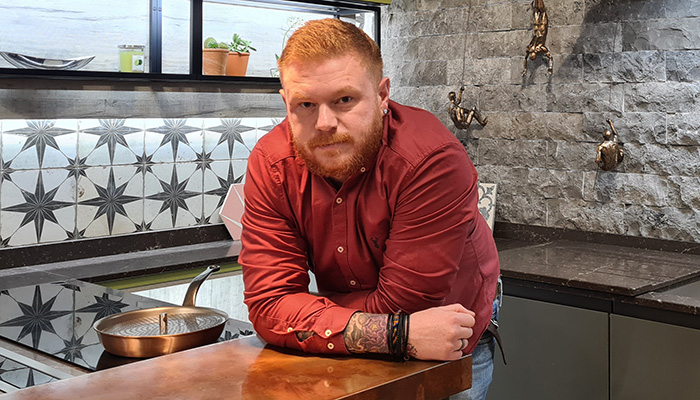 “We settled on the timeless option of a two-tone grey scheme that would be complementary to most interior design themes,” says Matt. “We chose Masterclass H-Line furniture, and although we visited three or four options regarding layout, the furniture choice had been made. H-Line ticks every box when it comes to contemporary modern finishes.”

But in order to create the multifunctional space that the homeowners wanted, several structural changes to the room had to be made first. “We removed a central dividing wall and blocked up a doorway. Then the biggest challenge became the sheer size of the room, and making sure we achieved a design-led space that remained as functional as possible.” 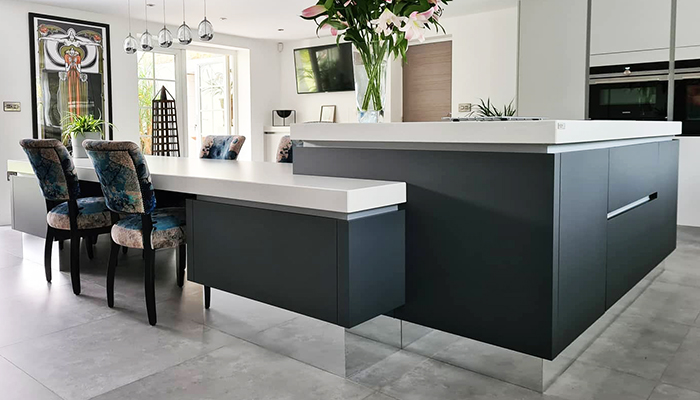 Key to pulling the layout together was the generously sized central island on two levels, with an integrated dining table rather than a breakfast bar. “The island is one of my favourite parts of the finished project,”says Matt. “It’s functional, practical, sociable and stylish, and controls the large open floor space brilliantly. Also, the mirrored plinth and panels do a fantastic job of giving a ‘floating’ illusion to the staggered levels.” It also features integrated lighting and 20mm Silestone worktops that has been mitre boxed at a 80mm height. 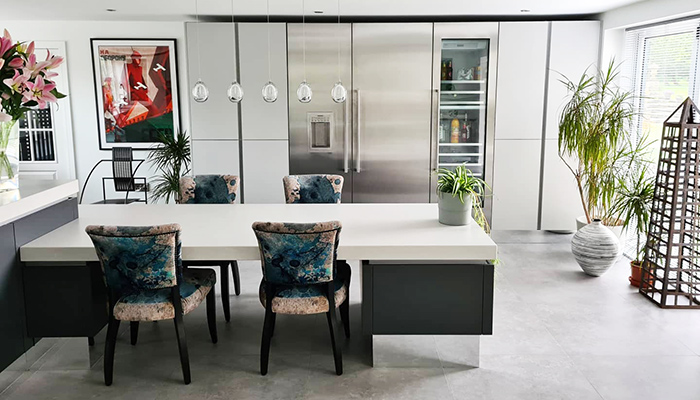 Other design flourishes that Matt included were the Space Tower from Masterclass, the glass tambour and a 2-metre-wide drawer-pack configuration. And while the total cost of the project nudged £50,000, Matt believes that the clients’ choice of premium appliances and materials had some bearing on that. “Costly features within the design such as the A-Cool refrigeration from Siemens meant we had a certain and realistic budget for the furniture. Masterclass sat perfectly in the mid-to-upper category, and with certain adjustments this space could have been a £35,000 to £40,000 kitchen with a very similar visual.” 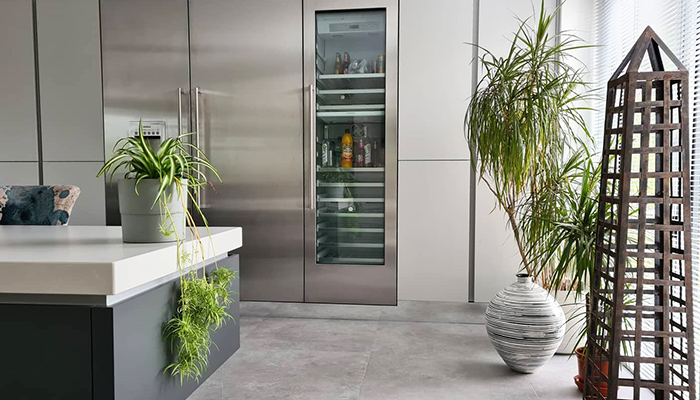 The clients are delighted with the finished result, and while they appreciate certain details like the S-Box pop-up power point which is in constant use with their laptops, and the copious amounts of larder storage, it’s the overall ambience of the space with its calming grey tones that they say they love the most. 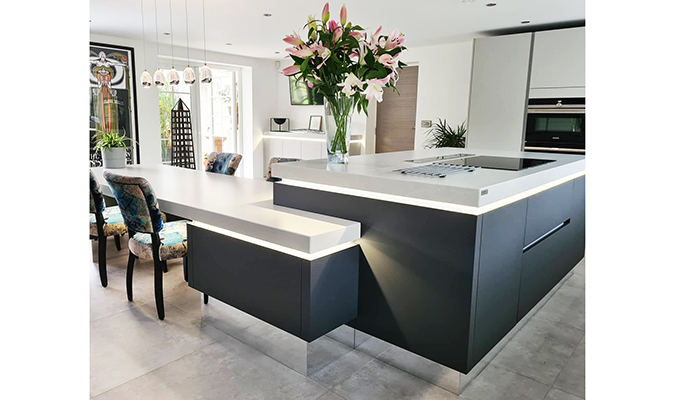 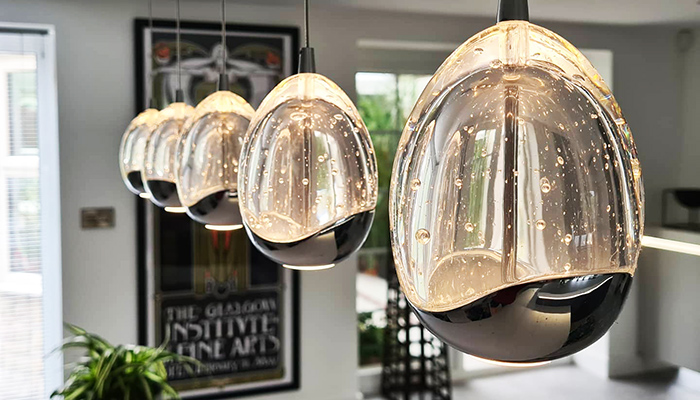