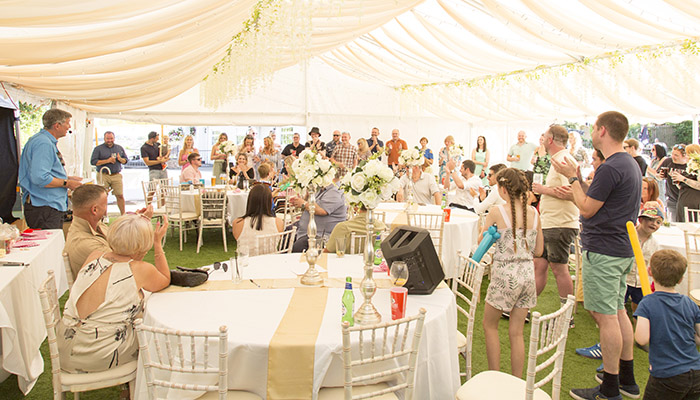 
Kitchen and bathroom tap and shower specialist Abode has marked its 20-year business anniversary with a special Family Fun Day for colleagues, friends and family. The celebration took place on 16th July, in Abode's home town of Barnsley, South Yorkshire. Guests enjoyed a live saxophonist and BBQ, while for children there was a ball-pit and magic tricks.

Founded in 2002, Abode first launched the brand with a range of premium kitchen taps followed by its Aquifier filtered water taps in 2004, and then Swich filter water device in 2007. In 2008, the company expanded into bathroom brassware and showers, followed by kitchen sinks in 2010, before debuting its Pronteau collection of 4-IN-1 steaming hot water taps in 2016.

Matthew Pitt, MD at Abode, said: “We have been on an incredible journey since the company began in 2002, and I am so grateful for the sterling work of our entire Abode Family. We are only as good as the people we work with and having an informal event to celebrate such a momentous occasion helps us to build stronger connections for an even greater future. Everyone plays a vital role in the company, and I want to acknowledge their hard work.”

Leanne Adamson, marketing manager at Abode, added: “We are thrilled we could come together and celebrate our commitment, vision and hard work over the last two decades with each other. As a close-knit business, we wanted to say a heartfelt thank you to the team for their loyalty and outstanding efforts as we continue to grow and develop the brand. We also hosted a fundraising raffle, where we raised £500 for the children’s ward at Barnsley Hospital.”