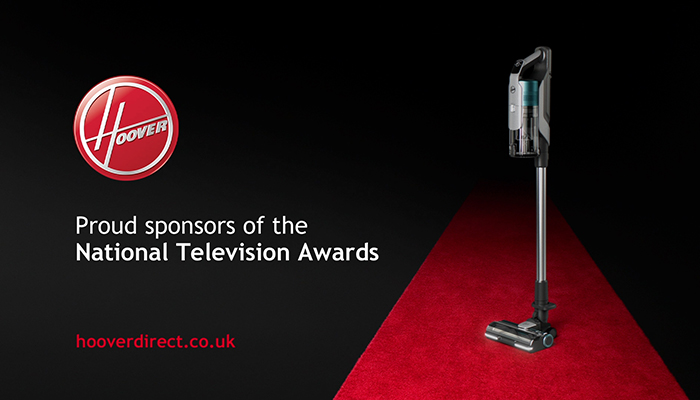 
Hoover has sponsored this year's ITV National Television Awards, which was hosted by The Masked Singer’s Joel Dommett and was held at Wembley’s OVO Arena for the first time.

Stars and celebrities from the small screen’s best-loved programmes gathered in the Arena to hear the results of the public vote at the leading TV awards ceremony, which is now in its 27th year.

To coincide with the event, Hoover launched an addition to its vacuum cleaner range – HF9 Cordless Stick featuring Anti-Twist.

Dave Matthews, business director at Hoover SDA, commented: “We are absolutely delighted to be sponsoring ITV’s National Television Awards. It’s the biggest night of the year for television and it coincides with the kick off of our biggest floorcare product launch yet in what promises to be a spectacular day and night extravaganza.