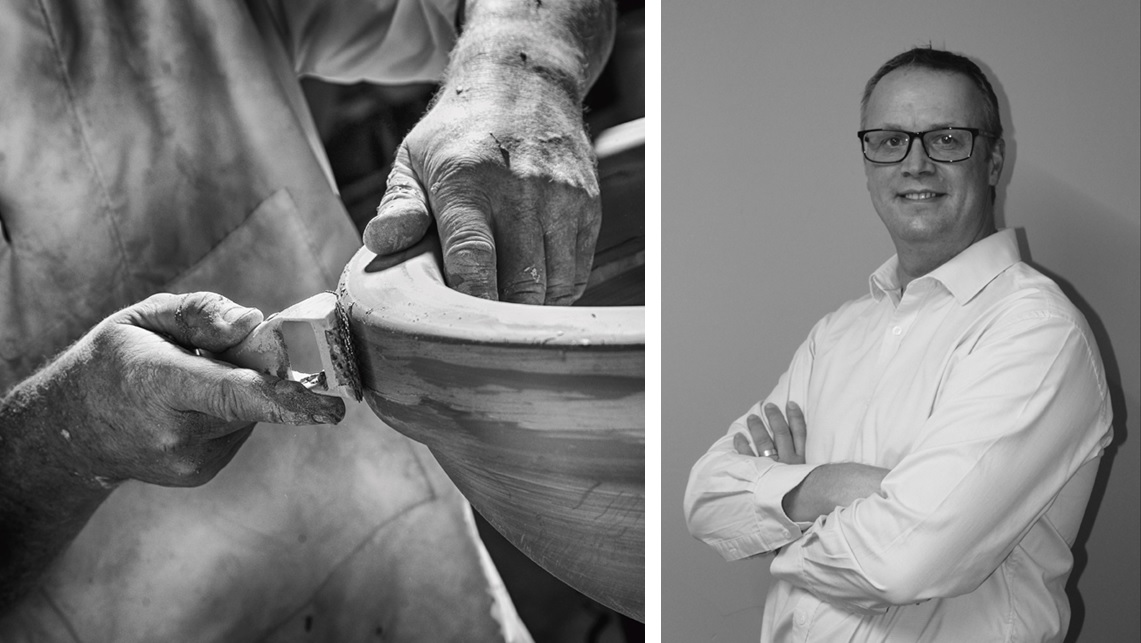 
Having recently taken over as MD at Imperial Bathrooms, former JP Distribution MD Graham Bucktrout has revealed his immediate priority for the bathroom designer and manufacturer is to continue to grow the brand's manufacturing capability, and increase turnover to £20million over the next five years.

"It goes without saying that right now is an extremely exciting time to be involved with Imperial Bathrooms, as substantial investment in the business by our new owners Lousada Plc has allowed us to make fundamental changes and implement our ambitious growth plans – namely, to grow annual turnover from £6million to £20million over the next five years," he says. "In a sense, it can be seen as marking a new beginning for the business, and with continued investment in advancing our manufacturing capabilities – in particular developing our ceramic and wood divisions – we intend to boost productivity, while developing export channels and identifying fresh opportunities to take the company forward."

He revealed that in spite of a challenging economic climate exacerbated by COVID-19 and the looming prospect of Brexit, business has been buoyant for the brand, and consumer demand for its products has remained high. "As a true British manufacturer, which is steeped in a rich history of producing authentic, high quality British-made products, Imperial is in a uniquely strong position to reach new markets, and I foresee our plans for increasing exports as a way to underpin our native business model which allows us to remain exclusive and proficient in the marketplace,” he said.

He also unveiled plans to expand the Imperial Bathrooms offering following its recent merger with White Ville Ceramics, with more contemporary-style products set to be added to the brand's portfolio. "My vision for the future is being able to provide a one-stop-shop for a higher number of consumers, no matter what their style preferences may be," he concluded.