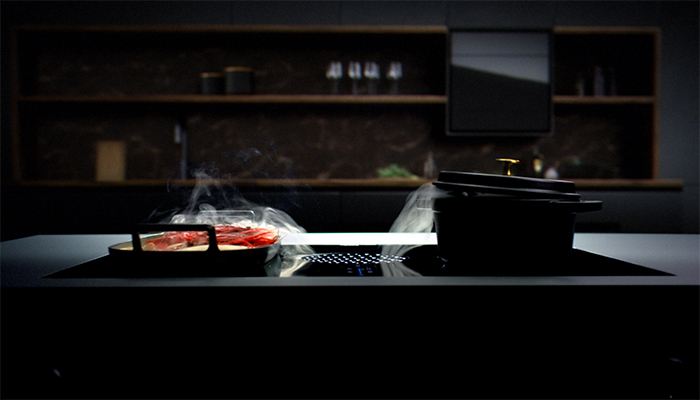 
Cooktop extractor manufacturer Bora has released a new advertising campaign featuring a TV commercial that will be shown in nine European countries. The film, which presents the BORA X Pure and its extraction system with a focus on the product at the centre of the kitchen space, is aimed at boosting recognition of the brand. The 10-second advertisement is also to be accompanied by a wide range of social media activities.

“With the new commercial we are increasing the visibility of the Bora brand and presenting it as our kick-off to an exciting 2021. Our retail partners will also benefit from this. We continue to be a company that is full of surprises. Our goal: to revolutionise the design and function of kitchens,” says Bora founder and CEO Willi Bruckbauer.

The international TV campaign, which will reach over 1.2 billion viewers with its more than 7,500 showings over the next eight months, was launched on 25th December on German TV channels like ARD, ZDF, RTL and Eurosport. In the UK the channels they are advertising on are 4, More4, Film4, DAVE, Drama, Yesterday and Really.