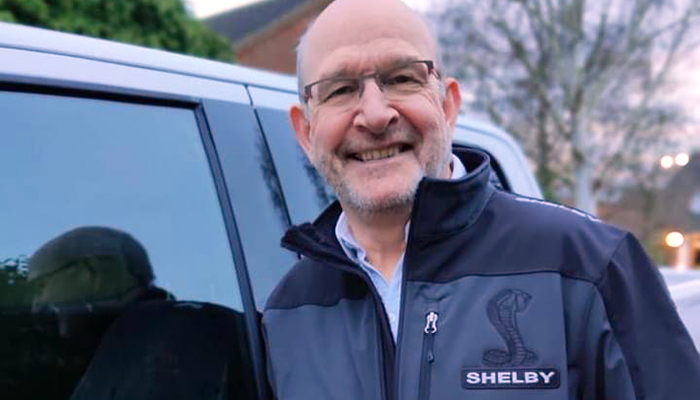 
Bathroom industry legend Mick Nicholls has died suddenly while doing a practice lap of a Lincolnshire racing circuit on what was the first day of the racing season. Mick, 71, who was a keen motorsports enthusiast, was seen to pull the car over, where he was then found unconscious at the wheel. Tragically medical and air ambulance staff were unable to save him.

MD of successful Hertfordshire-based merchant trade and retail showroom Ware Bathroom Centre, Mick had been in the bathroom business for over 30 years. He and his director wife Diane had lovingly restored their 10,000sq ft showroom, which had over 100 displays, after it was destroyed in a fire in 2017.

Close friend, Jim Healy, MD of Essex-based Bodywash Bathrooms, who met him 30 years ago when they were on a factory visit together, remembers him as always being the life and soul of the party.

“Mick and I became good friends as we were often on the same dealer trips. Over the years our families became very close and we enjoyed many happy memories together. Mick was a very popular personality in the industry and was renowned for his singing as he had a photographic memory of lyrics and a good voice. Everyone is shocked and saddened by the loss of this larger than life character, and I will miss him dearly.”

He is survived by his wife Diane, and children Stuart and Maxine.