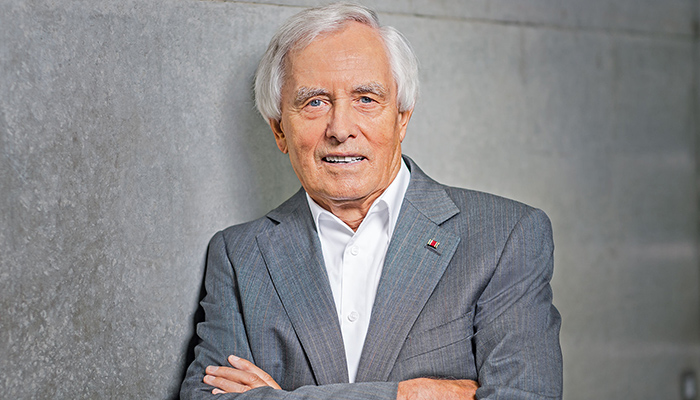 
German furniture fittings manufacturer Hettich has announced that Anton Hettich, long-standing managing partner and chairman of the advisory board of the Hettich Group, passed away on 24th April at the age of 91 after a short illness.

Anton Hettich had been a co-partner in the family business in Schramberg since 1949. After the early death of his father in 1956, he became a member of the management at the age of 27. In January 1959, following the legal separation from the parent company in the Black Forest, he became chairman of the management board of Paul Hettich GmbH & Co. KG in Herford. In 1991, he moved to the advisory board. It was not until 2016 that he ended his tenure as chairman of the advisory board.

The company says that through his commitment and wealth of ideas, he developed Hettich into an internationally successful enterprise, and that many technical developments and new sites were created under his leadership. It added that, while his death has left a huge gap, and his family, the shareholders, the advisory board, the management and the entire Hettich team are mourning the loss of a great personality, they will continue to develop the Hettich Group in his spirit.