Roman welcomes another four new apprentices to the business 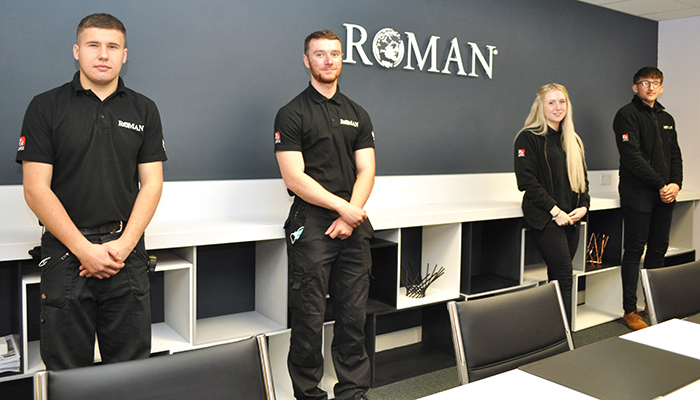 Roman welcomes another four new apprentices to the business


Shower designer and manufacturer Roman has welcomed its four newest apprentices into different departments within the company.

Roman has recruited the new apprentices to add to the nine already currently working at the Newton Aycliffe-based business, who are at different stages of an apprenticeship. The shower designer and manufacturer has had an ongoing student apprenticeship scheme running for over 20 years and says that it understands the value and benefits apprentices bring to the company. The company also believes that apprenticeships are a foundation for someone to go on to a successful career in industry, and says that it has seen many examples of this within Roman.

Roman says that while it has always supported apprenticeships, it believes that they are now more important than ever following the disruption to the education sector that has taken place as a result of the ongoing global pandemic.