IndustryNews Wed 26th May 2021 by KBBFocus 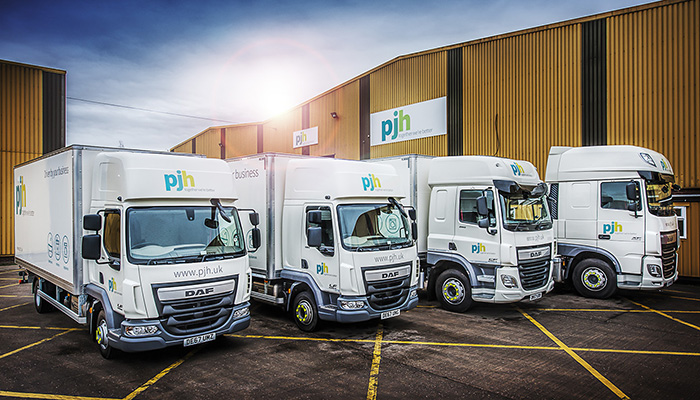 
PJH has announced investment in three new regional distribution centres – in Enfield, Thirsk, and Bristol – which it says is set to bring a significant expansion in its next-day delivery service to retailers, and will include up to 91% coverage of UK postcodes.

The new Enfield, Thirsk and Bristol PJH sites offer 22,000sq ft, 3,000sq ft and 27,000sq ft of warehouse space respectively, with further plans to expand the Thirsk site to 10,000sq ft, later this year. The increased capacity offered by these three new sites will enable PJH to expand its next-day delivery service, which it says has grown considerably in recent months, as well as bring logistical benefits, such as reducing the number of deliveries out of its Cannock central hub, relieving site congestion, and improving efficiency.

Speaking about the investment, Brett Jenkinson, head of retail customer experience at PJH, said: “The investment in these three new sites will support further growth in distribution as well as facilitate the expansion of PJH’s next-day delivery service, for in-stock items, to 91% coverage of UK postcodes. Through the expanded capacity of our warehouses and our more regionally deployed own fleet of vehicles, benefiting northern, southern and Wales regions, we will be able to reach our customers faster.”

With PJH committed to delivering a ‘first-choice’ service, the investment in the three new sites will help better manage bigger volumes and improve vehicle ‘on-time’ departures. It also reduces the number of miles travelled by the company’s fleet with local deliveries benefiting the customer further by reducing the potential impact of traffic or bad weather.

In addition to the Cannock distribution centre and the new Enfield, Thirsk, and Bristol sites, PJH also operates from Bolton, Worcester and Glasgow regional locations.