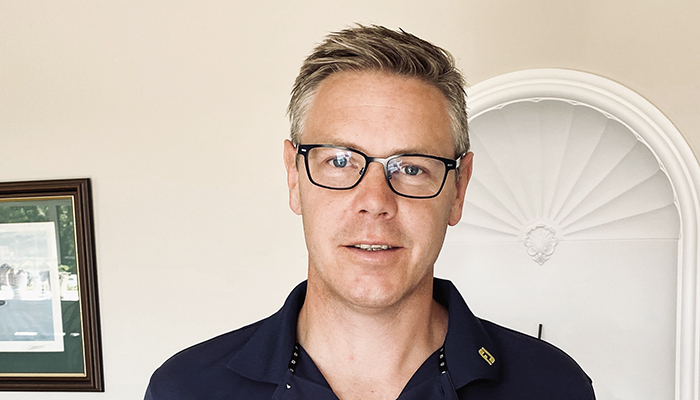 
Robert Lee Distribution has announced that its has received stock and is now able to distribute RAK Ceramics products to its customers throughout the UK.

Robert Lee has committed to stocking a large portfolio of RAK product in all four of its depots – London, Manchester, Swindon and Tamworth – to ensure that the entire country can be serviced by Robert Lee’s distribution and service network. Following some initial longer lead time on product stocking, all lines, as of October 2022, are now being stocked and ready for UK wide distribution.

Matt Earle, CEO of Robert Lee, pictured, commented: “The opportunity for us to become a distributor of RAK was one we couldn't miss out on. The presence RAK has in the marketplace, and our superior levels of distribution, customer service, and our growth plans over the coming years, create a perfect base for a successful working relationship. We have worked relentlessly with the team at RAK to ensure that we can stock as much of their product in all four of our distribution warehouses as possible, so that we are able to serve countrywide, next day. Our stock levels are incredibly healthy, and we have a long-term purchasing plan in place to ensure that we can consistently keep key lines on our shelves to serve the marketplace.”

Robert Lee says that with its ongoing relationship with RAK Ceramics, the products distribution around the country will rapidly expand and service thousands of Robert Lee customers. The RAK partnership also provides opportunity for those non Robert Lee customers, who are invested in RAK to become part of the Robert Lee network, by simply signing up for an account on the company's online portal.